Professor Glynis Murphy is a chartered clinical and forensic psychologist, HCPC member, and Fellow of the British Psychological Society. She was President of the International Association of the Scientific Study of Intellectual Disabilities (IASSID), between 2008-2012. She was co-editor of Journal of Applied Research in Intellectual Disabilities until the end of 2014, and works at the Tizard Centre, University of Kent. She was chair of the UK government’s NICE guidelines development group for Challenging Behaviour and Learning Disabilities (2013-2015). In 2013 Prof Murphy was awarded the M.B.Shapiro award for clinical psychology by the British Psychological Society. In 2014 she was elected a member of the Academy of Social Sciences. For many years, she has had research interests in challenging behaviour, autism, sexuality, abuse, forensic issues, mental capacity and the law in intellectual disabilities, and she has published over 140 journal articles, book chapters and books on these topics. 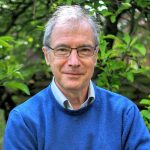 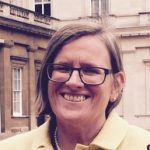